Basically: Good guy gets into a bad situation in between a Mexican drug lord, big pharma, and the DEA. Can he get out?

Let me start by saying I am very much NOT the demographic this movie is aimed at but, even if I was, I doubt I would have liked this movie very much. The premise is that hard-working, debt-ridden Harold (David Oyelowo) is sent by his company to Mexico with his two bosses. While there, he discovers that his wife is having an affair and leaving him, and he’s about to be fired. He decides to fake his own kidnapping and hilarity ensues…okay, not really hilarity.

Gringo was supposed to be a comedy, right? 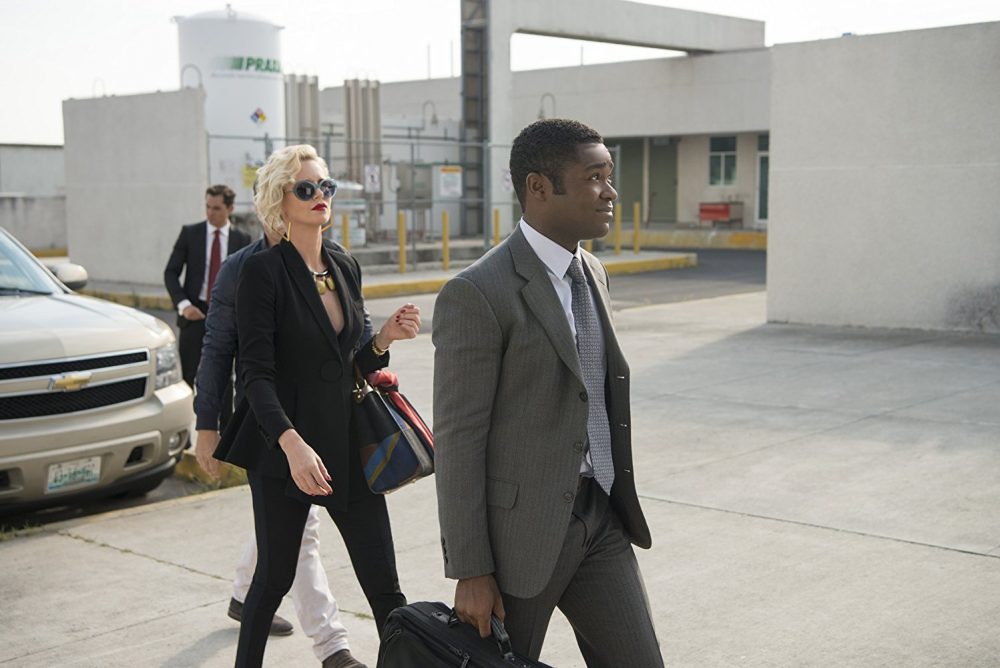 It is peppered with over-the-top violence, the first of which is honestly funny and wonderful, but it seems the director (Nash Edgerton) was at a loss for what to do when the movie lagged. Instead of trying to fix the lag he just inserted more and more ultra-violent scenes until they lost their shock-funny value and just became gruesome and sad.

Did I mention the sub-plot? Yeah, that’s because it shouldn’t be there. Sunny (Amanda Seyfried) was a great character but would have been better if she had joined up with Harold instead of being left behind in a locked bathroom—making her entire plotline extraneous and boring.

Also, while I love Charlize Theron, her UBERBITCH persona was so brittle and overplayed that it was easy to hate her. That meant when there came a time to like her, I just couldn’t bring myself to do it. 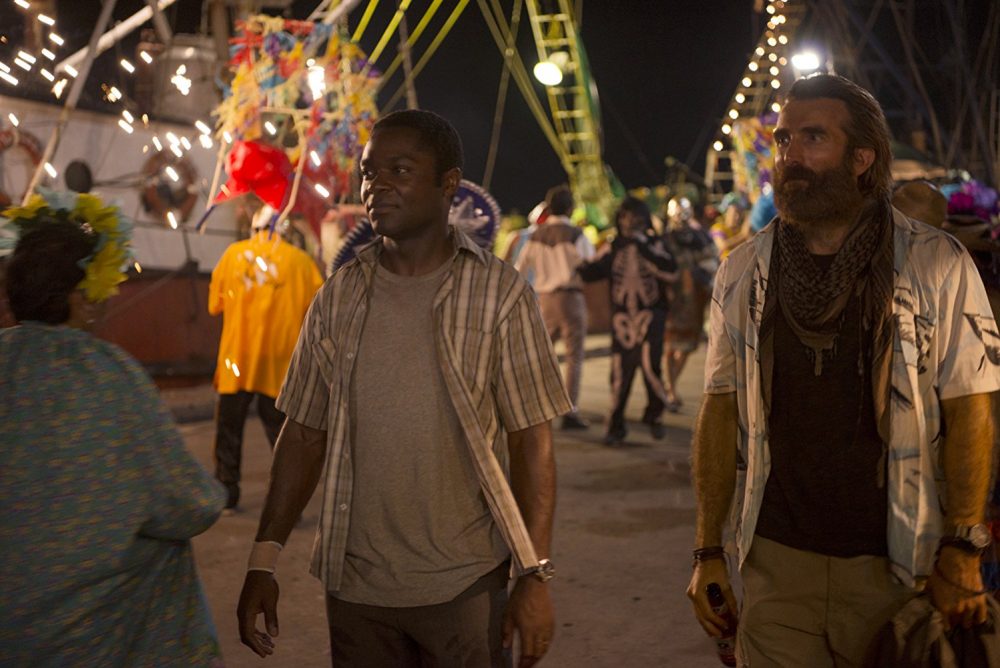 Having said all that, the truly outstanding scenes in this movie are when the director gets out of the way and gives Oyelowo something to do. He is a shockingly good physical actor—he is even better in the quiet moments with Seyfried—but they don’t do him justice. Too often the story has him sitting around doing almost nothing, which left me checking my watch to see how much longer I had to sit through it.

In the end: Edgerton is an Australian director and, honestly, I think I would have liked this movie so much better if it had been set in Australia with a background cast of Aussies for Oyelowo to work with. It isn’t, and I don’t.