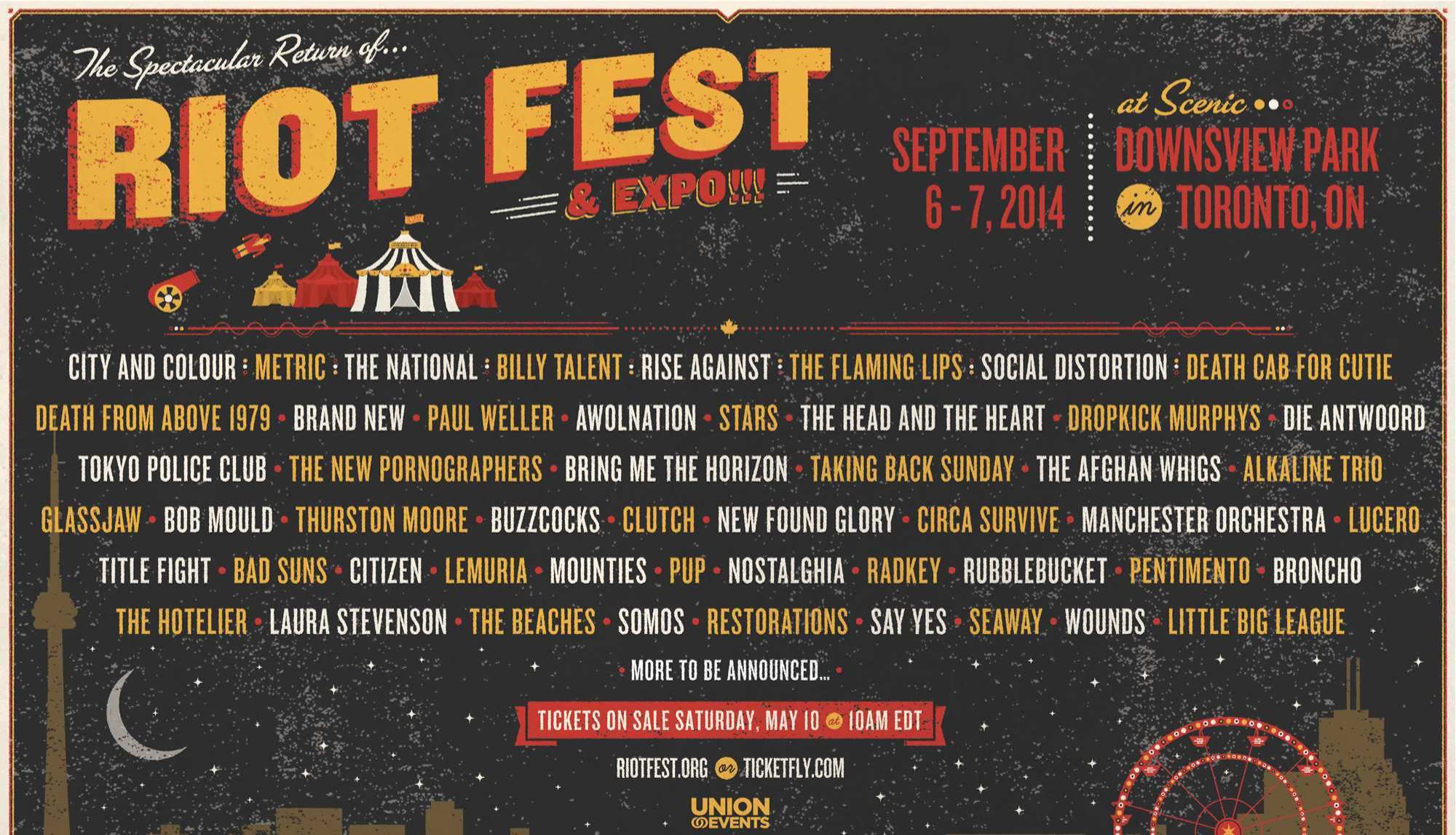 The lineup for the Toronto edition of this year’s Riot Fest has been revealed. The festival will take place September 6th and 7th at Downsview Park, with headlining sets from City & Colour, Metric, The National, Billy Talent, Rise Against, The Flaming Lips, Social Distortion, and Death Cab For Cutie. Also on this year’s lineup are idobi favorites Brand New, Taking Back Sunday, New Found Glory, Bring Me The Horizon, and tons more. Click the admat above to see the full lineup!

This year’s Toronto fest has been greatly expanded from last year’s, featuring more than twice as many bands and a larger venue with multiple stages. While Toronto was the baby fest among last year’s Riot Fests, it’s looking like this year’s edition will measure up to its Chicago and Denver counterparts in scale.

The lineups for Riot Fest Chicago (September 12th-14th) and Denver (September 19th-21st) will be announced soon.