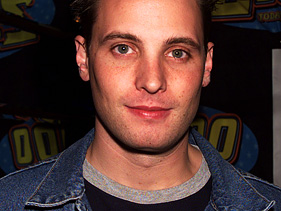 Rich Cronin, the former frontman for boy band LFO, known for the 1999 hit “Summer Girls,” died September 8 of leukemia. He was 35.

TMZ reports that the singer lost his long battle with cancer Wednesday afternoon after suffering a stroke. Cronin was first diagnosed with myelogenous leukemia in 2005 after complaining of exhaustion and headaches. He later established the Rich Cronin Hope Foundation to raise awareness for cancer treatment.

Cronin’s manager Melissa Holland confirmed his death in a statement on the singer’s Facebook page.

“On behalf of the Cronin family and all at the Hope Foundation and his record label Orange Freeze, thank you so much for your kind words and thoughts. Continue to post them as a tribute to a great man, a better artist and the best friend I could ever have.”

Cronin, a native of Boston, shot to fame in the late ’90s as the frontman of LFO alongside bandmembers Brad Fischetti and Devin Lima, writing the breezy hit “Summer Girls,” which playfully name-checked Abercrombie & Fitch. Managed by onetime boy-band mogul Lou Pearlman, who also guided the early careers of ‘NSYNC and the Backstreet Boys, the trio released their eponymous album in the same year. The album also yielded the hit “Girl on TV,” which featured Cronin’s reported flame Jennifer Love Hewitt in the accompanying video. He also penned the group’s second album, Life Is Good, according to a biography on the singer’s MySpace page.

However, Cronin later slammed Pearlman, accusing him of swindling the group out of millions of dollars and publishing rights and maintaining inappropriate relationships with other artists he managed. “I’ve had to go to therapy … he’s really a creepy guy,” Cronin said in 2009.

Cronin briefly bounced back from his health and professional issues as a castmember of the 2007 VH1 reality show “Mission: Man Band,” which featured former boy-band stars Chris Kirkpatrick from ‘NSYNC, Color Me Badd’s Bryan Abrams and 98 Degrees’ Jeff Timmons. The show, helmed by Grammy-winning producer Bryan-Michael Cox, followed the stars’ attempt to get back in the limelight as the boy-band supergroup Sureshot.

Cronin later released his first solo album, Billion Dollar Sound, in 2008, and LFO announced a reunion and tour in June 2009 before disbanding later the same year.

In January, Cronin appeared to be back doing what he loved and tweeted about working on new music.

“Hey guys I’m just in Boston writing in the studio,” he wrote. “Hoping to make it all work!”