Travis Barker Did A Thing And I’m Happy About It

This will be the thrilling sequel to the book series I decided to start last week. But no, Travis deserves all the candy and flowers in the world for finally saying what we’ve all 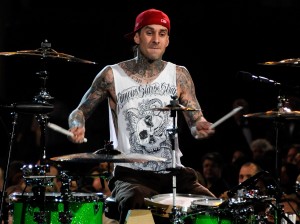 been thinking… Tom Delonge uses pro-tools and needs to grow a pair and quit. Beyond that, Travis’s interview with Alternative Nation was a thrilling, and exciting look into the future of Blink-182, hopefully with Matt Skiba, and what he’s doing on the side. I think this new Blink album is going to be one of their best yet because they can be Blink again. They don’t have a dark UFO looming over their heads using them as test subjects. Hopefully they’ll get their spark back. Mark and Travis have been through a lot together, and the fact that they’re still going makes them the top priority of my week.

Dave Grohl Once Again Proves He is Better Than Everyone

It has to be, like, ingrained in his DNA. The glorious lead singer of Foo Fighters has once again showed us that absolutely no one is too big to treat their fans with love and respect—off and on stage. The story goes that there was a blind kid in the front row of the concert who had a sign asking for a drumstick, and in true Dave Grohl fashion, he stopped the show with no explanation, grabbed the drumstick, and handed it to the kid. Then simply said “There’s a blind kid up front who wanted a drum stick,” before going right back into the set. So, again, Dave Grohl proves he’s better than basically everyone ever, and we should all aspire to be more like him. You can watch the video of the adorable encounter below.

Deja Entendu Vinyl is Being Re-Pressed, So Goodbye Bank Account

I have to buy two because my roommate has made it her mission to be like the kid on tumblr who made a Brand New record into a bowl. Basically, I’m in love with Brand New and this was the best news of the week because this is such a great album, 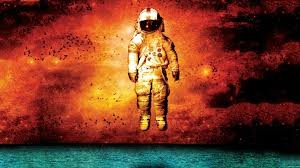 and having it on vinyl is totally unnecessary, but necessary at the same time. It’s one of those albums that every song just sticks, and I wouldn’t mind listening to it before I fall asleep every night on my record player. There will be two versions: one pressing of 1500 for a limited Record Store Day release and the other will be available May 5th everywhere. So grab your wallet and get ready to shell out some serious coin for new Brand New vinyl.

Shocker, but it seems Apple is behind the trend. They want to turn free-music streaming sites into subscriptions sites. According to redcode.net, this all started with Apple purchasing Beats last year when their digital sales dropped. Now, of course they can blame this on free streaming, not on the fact that bands are now offering other forms of digital downloads with their cool pre-order packages that give you lots of stuff. I’m not the most well-versed in this aspect of the industry, but I firmly believe that Apple’s lack of digital downloads has less to do with Spotify and more to do with their prices. I, personally, don’t buy music from iTunes. I buy albums at shows, and use streaming sites until that’s possible. This is because I like knowing that the majority of the money I’m spending goes to the bands and musicians I support. This is a confusing topic to me, but because most of the people you hear complaining are label execs and CEOs, so I’m guessing it’s more about their money than anything.

The wonderful Cassie Whitt, over at Altpress.com wrote an article this week about mental health, and how being at a Frank Iero show helped her feel again. In the article, she highlighted all of the hopefulness that bands can have for you. I don’t think this article 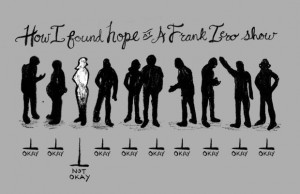 got NEARLY enough attention. Her words really spoke to me, because I’ve had my moment with a band when I felt so hopeless in the very same venue. I got a song dedicated to me at the Grog Shop in 2010 by my favorite band, and then they forgot how to play it. But it was so worth it to have that moment when I was feeling low. In her article, she highlights some of the stigmas around mental health like, “People are just cutting themselves for attention (then maybe fucking give them attention?)”, “You have nothing to be depressed about”,
and, “Your body doesn’t look like you have an eating disorder, so you don’t”. She is calling people out on their shit, and it’s time someone did. I fully support Cassie in her moment at a small Frank Iero show where he met every single fan, and I’m saying to everyone else in this scene who feels like that: It’s still okay to be not okay, and it’s still okay to feel happy, at any age, from your favorite band or musician.

Have a great week.