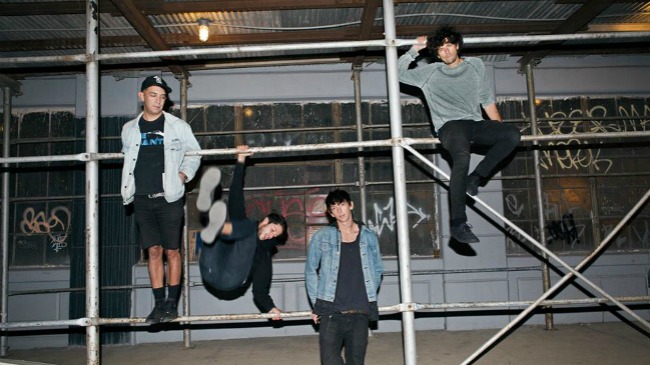 Ready for a brand new music video from Honduras? The Brooklyn, NY based band has just released a video for their track “Illusion”. Cameras follow as the video takes you through a concert, what seems to be the backstage area, and a room containing an entrancing television set.

“Illusion” is taken from Break, the band’s upcoming EP that’s scheduled for release on November 10th.