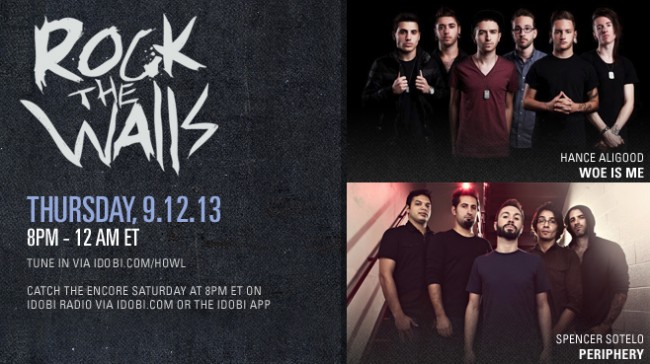 Tonight, Vocalist Hance Alligood of Woe Is Me who is on to talk about their brand new EP American Dream, Writing, Warped Tour 2013, and much more.

As well Spencer Sotelo of Periphery is on the show to talk about the writing of their 3rd album, when we can expect it, Summer Slaughter, their upcoming Headliner and much more.

It all happens tonight at 8pmET, on idobi Howl!