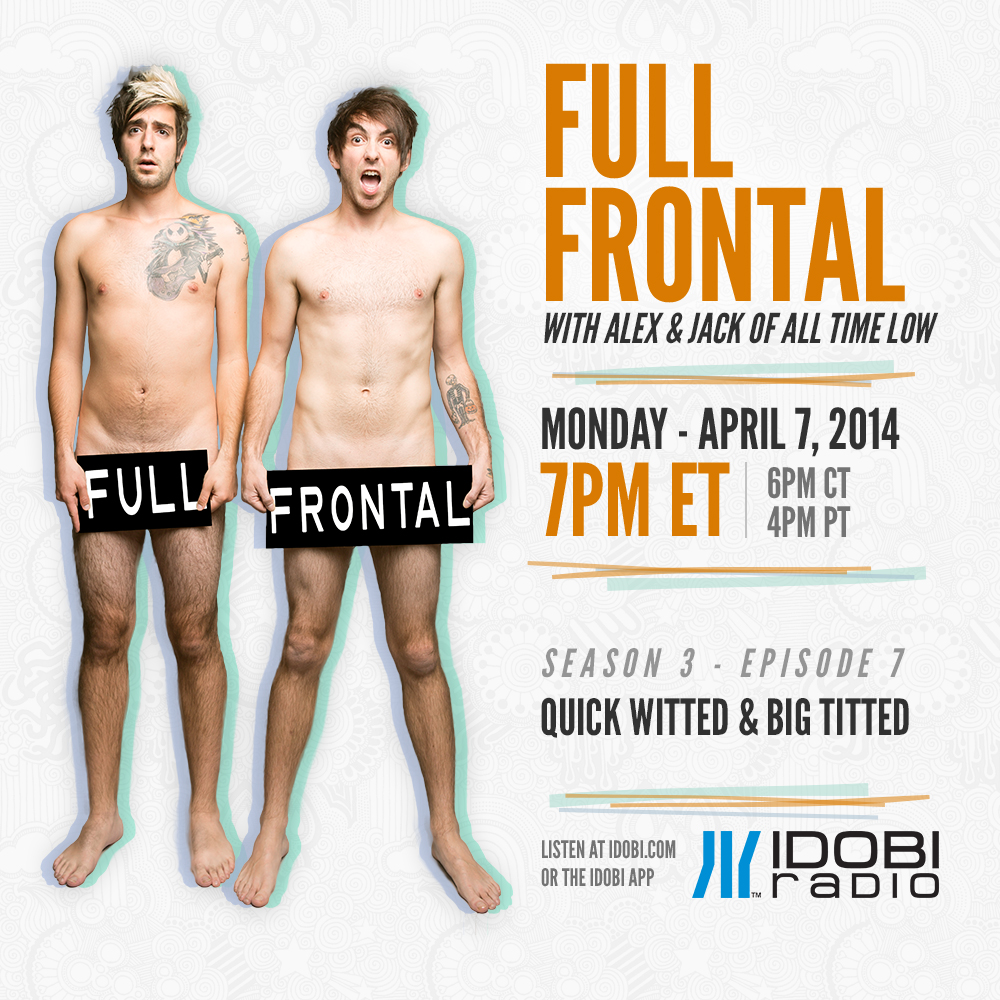 Monday remains your favorite day of the week thanks to Full Frontal! Listen to Season 3 – Episode 7: Quick Witted and Big Titted tonight. Alex and Jack of All Time Low bring you plenty of news and facts, read listener emails, and play you some hot jams.

Tune in at 7pm ET, only on idobi Radio.