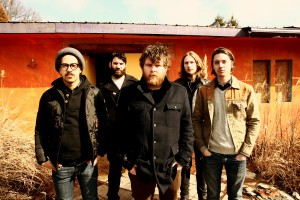 Manchester Orchestra has announced their second round of North American dates featuring co-headlining shows with  Cage The Elephant. The band will be touring throughout 2011 in support of their highly anticipated third album,  Simple Math, which will be released May 10th on Columbia Records/Favorite Gentlemen Recordings.

The tour, which kicks off April 29 in Memphis, TN will make 30 stops across the United States before wrapping up June 12 in Denver, CO.

Current opening acts that have been announced include O’Brother, Sleeper Agent, AN HORSE and Harrison Hudson, depending on the date.  More opening acts are to be announced.

For more information on the tour, or to find available tickets, head to www.TheManchesterOrchestra.com