Most metal bands release singles one or two weeks before the album but Theories dropped “Cycle Of Decay” three months before Regression, their Metal Blade debut due March 24th. It is  easily worth 90 days of hype. The Seattle grindcore act appropriately takes the lead from Napalm Death, whose video for “Smash A Single Digit” was released this week featuring a truly sketched out Barney Greenway.

Stick To Your Guns, Venom, Cancer Bats, The Crown  and Rise Of The Northstar also brought new music to Howl’s Featured Playlist this week. Night Demon, Feed Her To The Sharks and Cruel Hand ended multiple weeks in the main rotation. 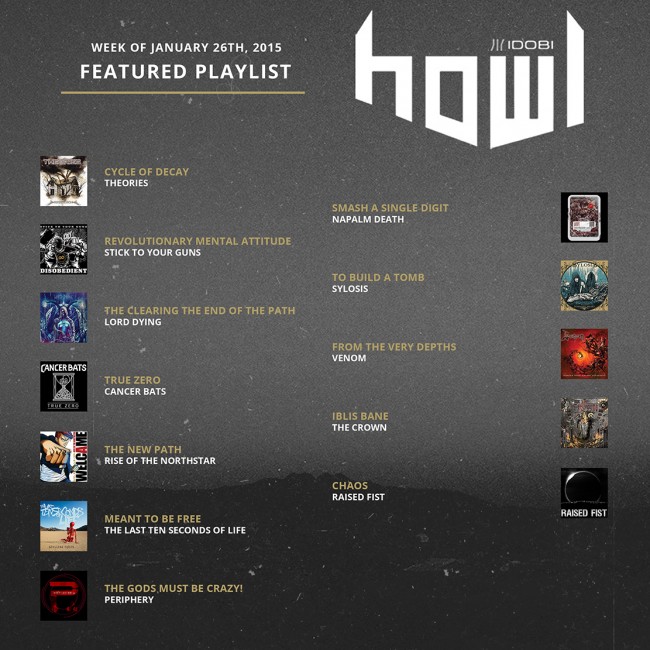