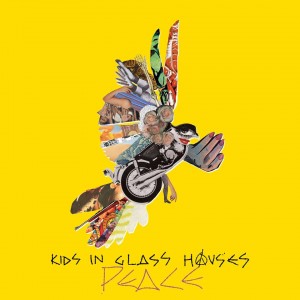 Kids In Glass Houses have announced that their new album  Peace  will be released on September 30th, and it was produced by Dan Weller (Enter Shikari, Young Guns, Gallows). They recently released the single from the record, “Drive,” which you can listen to here. If you like the track, they have multiple pre-order packages available, and  any pre-order comes with another new track from the album, “Black Cloud”. They’ll be hitting the road with Cartel and Propellers this fall, and those dates are listed below. Tickets go on sale on the 31st of May, and you can pick those up as well as check out the band’s summer tour dates here.